TV-related pieces by our contributors for other websites

‘ “Disappointingly thin and flaccid”: Gender, Authorship and Authenticity in Shane Meadows’ Once Upon a Time in the Midlands (2002) (Emma Sutton, co-authored with Martin Fradley) , Scope: An Online Journal of Film Studies, issue 26, February 2014.
Conference review: Straight Outta Uttoxeter: Studying Shane Meadows, University of East Anglia conference (Emma Sutton)
List does not include pieces subsequently revised for this website. See also our content lists for the many pieces that several of our contributors have written for the Screenonline website

Books by our contributors 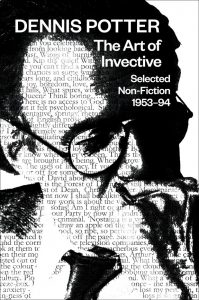 Ian Greaves, David Rolinson and John Williams edited a collection of Dennis Potter’s non-fiction writing. Dennis Potter, The Art of Invective: Selected Non-Fiction 1953-1994 published by Oberon Books in 2015. “Every page of this book is constellated with sentences and phrases of, variously, humour, cleverness, warmth, indignation and savagery. It is one of the very finest collections of ‘occasional’ (but far from ephemeral) writing I have read: what counts is not the medium, not the genre, but the mind. The scholarship of the editors is impeccable.” Jonathan Meades, Literary Review. 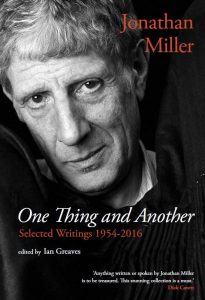 Ian Greaves edited One Thing and Another: Selected Writings 1954-2016, a collection of work by Jonathan Miller, published by Oberon Books in 2017. In collaboration with Justin Lewis, Ian Greaves published Prime Minister, You Wanted To See Me? A History of Week Ending with Kaleidoscope. More information here from the Kaleidoscope site. Ian has also contributed research to numerous books by other authors, and co-curated an NF Simpson tribute at the Royal Court in May 2012. Ian also contributed a chapter to the book No Known Cure: The Comedy of Chris Morris (BFI/Palgrave, 2013). 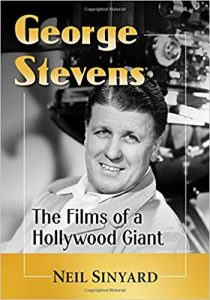 Neil Sinyard is the author of 25 books on film, including studies of directors such as William Wyler, Fred Zinnemann, Billy Wilder, Alfred Hitchcock and Steven Spielberg. His latest book, on the film director George Stevens, was published in 2019. Some of Neil Sinyard’s writing on film and other topics can be found on this website, a sister site of ours. 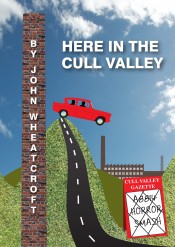 In 2016, Stairwell Books published John Wheatcroft’s novel Here in the Cull Valley, a genre-defying “why-dunnit” novel which proves that a unique literary format can sit side-by-side with a gripping story. The novel unfolds largely through newspaper stories but it plays by the rules of character and narrative. It’s a story told, according to one newspaper reviewer, “with powerful humour, invention, perception and poignancy”. Andrew Martin, author of the Jim Stringer murder mysteries, described Here in the Cull Valley as “a completely plausible psychological mystery. It is doom-laden, but laced with humour as elegantly dry as a good Chablis”. (It was previously available as an ebook.) Here in the Cull Valley is available from Stairwell Books here. 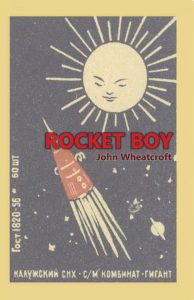 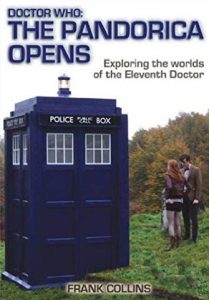 In 2010, Frank Collins published The Pandorica Opens (Classic TV Press), an accessible yet scholarly analysis of the 2010 season of Doctor Who which has received excellent reviews. It is also now available for the Kindle.
More information here from the Classic TV Press site. Frank Collins has also written a book-length study of the Doctor Who story ‘Warriors’ Gate’, which was published by Obverse in 2019 and is available here.