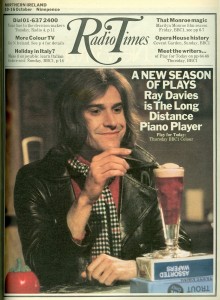 This lyric, from the Kinks song ‘Celluloid Heroes’ written by Ray Davies, conjures up a world far removed from the gloomy hall inhabited by Pete, the long distance piano player he portrays in Alan Sharp’s Play for Today. However, the play and the song (written two years later) are closer in theme than you might think. While ‘Celluloid Heroes’ celebrates the enduring screen image of Hollywood stars, it’s also about the way the film industry exploits and sometimes destroys these icons.

Pianist Pete is a man ripe for exploitation and destruction by his predatory manager, Jack (Norman Rossington). He plays a young man trying to create a world record for non-stop piano playing, of four days and four nights. Success, Jack constantly reassures Pete in his bogus American accent, will bring fame and fortune on an epic, Hollywood scale. However, one image of the film industry which is likely to spring to the viewer’s mind is They Shoot Horses, Don’t They? (1969), Sidney Pollack’s recent film about a six-day dance marathon in Depression-era America. Alan Sharp acknowledged his debt: ‘I read the book years ago, and was fascinated,’ he admitted in the week the play was aired on BBC12.  Read more... (2492 words, 3 images)