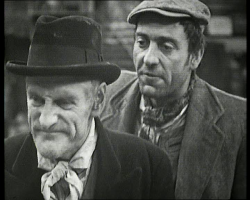 Today marks the fiftieth anniversary of Ray Galton and Alan Simpson’s Steptoe and Son (1962-74): on 5 January 1962, the BBC broadcast ‘The Offer’, the Comedy Playhouse one-off that led to the series that started later the same year.1 It’s a landmark series, and it’s a shame that, like Z Cars earlier this week (2 January), its fiftieth anniversary hasn’t seen an official BBC commemoration, especially since repeats continue to do decent business for BBC Two.2 It’s not that the BBC entirely resist anniversary celebrations – it’s just that those usually commemorate, and play a part in branding, currently ongoing programmes – and they have shown awareness that Galton and Simpson are among the greats of British television writing, including a profile by Arena.3 However, the anniversary does provide a welcome prod to revisit the series. In that spirit, this site presents an essay celebrating some of the series’ ideas and themes, trying to do some justice to the quality and depth of the writing.4 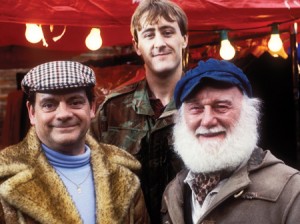