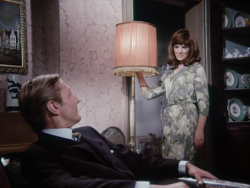 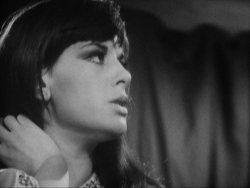 Near the end of Castles in the Sky (2014), the docudrama about the invention of Radar broadcast on BBC Two earlier this month, Robert Watson-Watt (Eddie Izzard) shows his colleagues a television set.1 This produces another of the little scientific breakthroughs that form the core of this quietly endearing piece. The set is at once modern and archaic: in the programme’s 1930s setting this gleaming new object is a technological marvel, proposing a solution to a challenge on which the defence of the nation rests, but in the visual rhetoric of the 2014 drama it appears almost comic. This reminded me of some of the tensions that sometimes result when television technology appears in docudramas, either in terms of sets or studios. This article runs through a few such moments in pieces including The Fools on the Hill (1986), The Road to Coronation Street (2010) and An Adventure in Space and Time (2013).  Read more... (5823 words, 16 images)