Plato and Hazel Blears do not often make it into the same sentence but they do share a common concern: from ancient Greece to the Salford Chipmunk, the arts have troubled the polis. 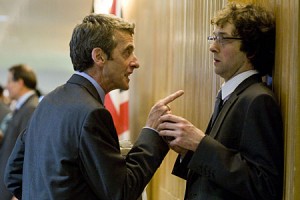 Admittedly Hazel Blears is not as extreme in her views as Plato, who sought to banish poets from his Republic for fear of their deleterious effect on the citizenry. Nonetheless Blears, speaking last year when still a Minister, expressed her worries about the corrosive effect of fictional accounts of politics and politicians on this country. Wondering why people might be deterred from participation in politics, she ruminated that one factor might be its portrayal on our TV screens. While Americans enjoy a tradition of uplifting political narratives from Mr Smith Goes to Washington to The West Wing, by contrast the British, she argued, are served with a diet of either the incompetent (Yes, Minister) or Machiavellian (House of Cards); two tendencies synthesized today in The Thick of It where clueless ministers are the playthings of conniving spin doctor Malcolm Tucker.  Read more... (1058 words, 2 images) 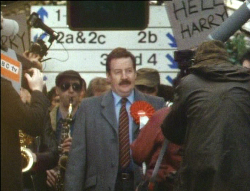 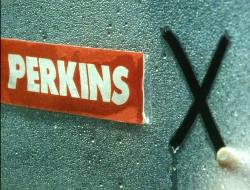 The probability of total destruction increases with time and, in the course of the months and years throughout which we are told to expect the Cold War to continue, it becomes almost a certainty’1.

The War Game is one of television’s most notorious banned programmes. A harrowing dramatised documentary portraying the after-effects of nuclear holocaust and calling for public education in nuclear deterrent policy, it was made by the BBC for 1965 broadcast but was not transmitted for twenty years. Among the reasons given for the ban were its brutally graphic scenes, its apparent left-wing bias and its controversial fusion of journalistic fact and hugely alarmist fiction, although there is now evidence that it fell victim to the political suppression of nuclear discussion that was happening at the time across all media. Its director, Peter Watkins, quit the BBC and fought to get it a cinema release abroad, resulting in critical acclaim and a Best Documentary Oscar. After its eventual transmission in 1985, critics agreed that the BBC had suppressed one of the greatest dramas ever made.  Read more... (3403 words, 8 images)