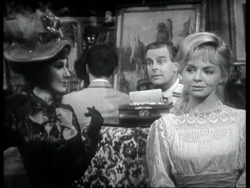 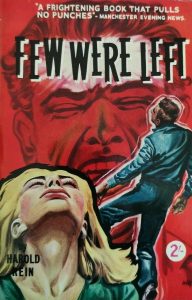 The production in question was Underground, transmitted on Sunday 30 November 1958 as part of ITV company ABC’s popular Armchair Theatre drama anthology. It was directed by William (known as Ted) Kotcheff, one of ABC’s regular directors, then aged only 27, and produced by Sydney Newman, the company’s drama supervisor. The play was a television dramatisation by James Forsyth of Harold Rein’s 1955 novel Few Were Left. No recording of the play exists, so this account is based on various interviews and media reports about the play. There are several accounts of what happened which, though largely consistent on the main events, differ notably on the smaller details. In this essay I’ll try to separate the reality from the myth and distortion as far as is possible at this remove from the event itself.  Read more... (5496 words, 2 images)

Saville had a lengthy background in drama before moving into television directing. He had previously acted in theatre, film and television, and directed for the stage, on both sides of the Atlantic. Back in Britain, he joined ITV company Associated-Rediffusion in 1955, for whom he directed drama and contributed to Richard Lester comedy programmes. He continued to take occasional acting roles in film and television throughout this time, not stopping until the early 1960s. In 1956 he joined the drama department at ABC, another ITV company. He would ultimately direct more than forty plays for the company’s prestigious Armchair Theatre strand.  Read more... (4041 words, 1 image)