The study of television drama is complicated by the regular regurgitation of inaccurate accounts and misinformation about old programmes. How and why this occurs is easily understandable: anecdotal information from interviews with programme-makers is subject to the inevitable distortions of memory over time, or of exaggeration or invention for the sake of telling a good story (many of these people are performers or entertainers after all). Other sources, such as the national press, are also known to be unreliable. The culture outside academia – and most particularly on the internet – amongst those with an interest in television drama is usually for information and anecdote to be accepted at face value. It is therefore repeated as fact and, whether accurate or not, may be subject to distortion via the ‘Chinese whispers’ process of reiteration. Primary sources of information are often either non-existent or inaccessible, leaving these long repeated accounts unverifiable or at least unchecked. However, original research and the use of reliable primary and secondary sources where available can, in some cases, challenge the flow of generally accepted but inaccurate information (what I shall call ‘myths’ here).  Read more... (7430 words, 1 image) 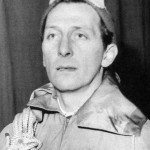 The creative partnership of television dramatist Nigel Kneale and producer/director Rudolph Cartier is best known for originating the three Quatermass serials of the 1950s and 1954’s adaptation of George Orwell’s Nineteen Eighty-Four, but it achieved much more besides.1 One of their lesser-known productions was The Creature from early 1955.2 The primary reason for the play’s neglect is that no recording exists so, unlike Nineteen Eighty-Four and most of the episodes of the Quatermass serials, it is no longer available to view. This article aims to challenge The Creature’s obscurity, using surviving scripts, production anecdotes and contemporaneous audience research data to present an account of the play, its innovations and the reactions it elicited from viewers and critics.

Even as the national controversy caused by Nineteen Eighty-Four’s sex, politics and violence played out in the British press at the end of 1954, Kneale and Cartier were well underway with the pre-production of The Creature. Rather than another adaptation, it was a wholly original script which Kneale had been inspired to write by the recent resurgence of interest in the mystery of the Himalayan ‘yeti’. Introducing his play for the Radio Times, Kneale wrote:  Read more... (4352 words, 2 images)

When people talk about the pioneers of television writing in Britain, they invariably mention those who made their reputations in the 1960s, such as Dennis Potter and John Hopkins. However, in the 1950s, Iain MacCormick was recognised as the first writer to make a name specifically from original television writing in Britain. This essay is an attempt to explain who he was, why his work was notable and why he is now so little-known.

MacCormick was born in Australia 1918 to Scottish émigré parents. He considered himself a Scot also and held a British passport. MacCormick was studying medicine when the Second World War began and he volunteered for service with the Australian army, rising to the rank of Captain. He fought in North Africa, Crete and Greece, where, in 1941, he was captured when Allied forces withdrew. He spent the next four years as a prisoner of war, during which time he took to writing, between escape attempts, and completed a number of plays. Upon his release in 1945 he was sent to Britain en route to Australia for official demobilisation, but he didn’t complete this journey, choosing to settle in London.  Read more... (5966 words, 1 image)

The work of Nigel Kneale is held in high regard by television drama enthusiasts, and by those with an interest in the science fiction and horror genres especially. His scriptwriting work, spanning five decades, produced a number of prophetic, macabre and disturbing pieces that have lingered long in the minds of viewers. It was these productions which made Kneale’s reputation, yet he wrote a great deal more besides. It would be a shame to ignore Kneale’s work in the discipline that we could call, perhaps pretentiously, ‘straight’ or ‘serious’ drama, much of which is as powerful and worthy of discussion as his better known material. One of these dramas is Mrs Wickens in the Fall from 1957, a play which has received little attention despite the script having been published in a 1960 compendium of television plays.1 This article is an attempt to redress that imbalance slightly.  Read more... (5797 words, 1 image)