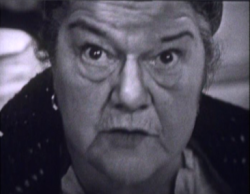 Back in 2013, I did a small piece of research on visual style in Coronation Street. This was for a couple of different reasons. For a few years, I had been using Christine Geraghty’s very helpful distinction between the ‘realist’ tendencies of British soap operas in their earlier days and the shift towards melodrama that has occurred more recently, and I wanted to investigate whether this evolution might affect things like scene duration, shot scale, and so on. I have also been interested for a long time in David Bordwell’s work on visual style, particularly visual style in Hollywood cinema. Bordwell’s article ‘Intensified Continuity’ in Film Quarterly argues, convincingly, that there have been four major, interlocking changes in the visual style of contemporary American film as compared with what we might call ‘the classic era’: ‘More rapid editing’, ‘Bipolar extremes of lens lengths’, ‘More close framing in dialogue scenes’, and ‘A free-ranging camera’. I wondered if I might find similar changes at work if I compared old and new episodes of soap opera (and I decided to focus my attention on the first and third of the features Bordwell mentions).  Read more... (3059 words, 24 images) 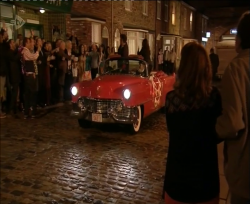